NLP Practitioner Certification Training will be your ideal start in learning to use NLP for your success.

Organize corporate trainings based on NLP to improve overall effectiveness of the organization by improving the human capital.

Take a quantum leap to a better life with Life Coaching.

Available only for the NLP Practitioners

It is the theory that explains interconnectedness of everything; parts of a whole are in intimate interconnection, such that they cannot exist independently of the whole, or cannot be understood without reference to the whole.

In other words, "The whole is greater than sum of its parts". 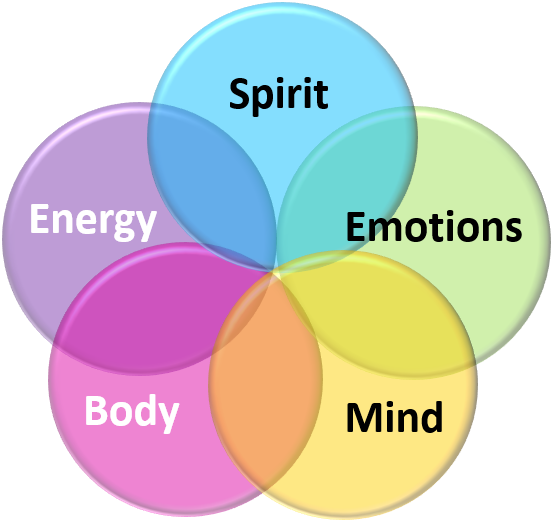 What is Holistic NLP?

NLP is a personal mastery tool which teaches you how to harness the power of the mind using language. This involves harnessing the power of the subconscious mind by conscious choice of right words. The choice of words then affects the body and emotions, preparing the totality of the self towards desired outcomes in life. NLP also explains how to consciously use body language (posture, gesture, expressions and tone of voice) to influence the mind positively.

Holistic NLP goes two steps deeper in to the awareness of self. Note that the keyword here is "Self". Awareness of the self is usually experienced by most people through the physical body and the mind. Another aspect of awareness which only some people are aware of is emotions.

Holistic NLP recognizes that we are more than our minds and as such, identifies five dimensions of awareness. What makes it unique is the last two levels of which most people don't have much awareness of:

Majority of mankind operates from the awareness of the body and mind; most people live their lives thinking they are the body and mind, and as a result, perceive endless suffering, setbacks and limitations. At this level of awareness, humans operate from the ego mind which is operating from the existential belief and idea of 'sense of separation'; that I am separated from everything else. (note, every belief is not absolutely true or false).

The next level of awareness is the emotional level. We can observe that not many people have developed their consciousness to this level. A few people have learnt to become aware of a wide range of emotions while majority might be aware of only about the fundamental emotions like happiness, sadness, anger, fear, shame, hurt etc.

Energy and Spirit; The next two dimensions which Holistic NLP identifies are powerful levels of awareness, if cultivated, can enable enormous strength and awe in one's human existence. If we take a look at the five (5) dimensions listed in the order above, we can begin to notice that as we move from top to bottom, the latter aspects of awareness are much subtler than the former. The irony is that even though energy and spirit are extremely subtle and intangible to the naked human eye, they are actually the most powerful. This means, that there are many variables that affect our lives which we aren't aware of! While classic NLP focuses on the conventional aspects of psychological phenomena, Holistic NLP states that life is much more significant that what we can perceive and teaches us how to navigate this mysterious life with greater levels of awareness for a profound existence.

Energy level of awareness goes deeper than emotions and words. It is the awareness of one's self regardless of the conscious thoughts, unconscious thought impulses and emotions. A well-trained energy practitioner can teach techniques of developing energy level awareness and ways of harnessing the energy in a desired manner. Mastering the language of energy requires practice just like any other mastery.

Spirit (soul) level awareness is the highest level of awareness. At this awareness, the person recognizes the oneness of all matter. At this level of awareness sense of separation disappears and sense of completion arises. As a result of that, the person becomes deeply grateful, empathetic and non-attached. Non-attachment is a powerful quality in a human. This is same as non-judgmental mindset which makes a person keep open to infinite possibilities of existence.

NLP Sri Lanka is conducting a special, year-end training on Holistic NLP where, Master Jayamini D. Samarathunge will share tools and techniques to help you develop these levels of awareness. We are now using this pioneering approach in the coaching capacity where intuitive mastery becomes the greatest skill one can use to create sustainable, positive change. Holistic NLP was developed to meet the rising needs of our time - collectively, we are being called to evolve to the next highest potential and it is our duty as human beings to come together, step up and rise to the occasion. We need more and more people on board to start living purposeful lives that serve the evolution of humanity.

If any of this resonates with your being, join me as I embark on an exciting journey of facilitating the evolution of mankind through holistic wellness. You aren't reading this by accident. There is a reason why your attention has been captured until the end of this article. Answer the call and join hands with those who are already walking the path and want to show you the way too.